A group of young enthusiastic techies, found in Jomo Kenyatta University of Agriculture and Technology (JKUAT), armed with the latest technology, ready to unleash the future and take over the industry. They are the campus advocates of openness and open-source technologies, creators, designers, creatives , techpreneurs and tech thinkers (call them what you may). This is not a tech only group, its composed of students from Institutes of Information technology to engineering to human resource to agriculturalists. 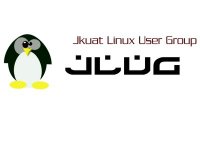 First, JLUG was started by a group of tech enthusiasts with a tech vision, They wanted to encourage the aspect of openness and team work among fellow students. For a while techie students always retired to their hostel rooms and in this rooms they locked ideas “big ideas I mean for emphasis purposes” but majority of these ideas rot and die inside the rooms because some are executed but do not get the chance to get to see the light of day. Others were never executed and just sizzled off. This is why JLUG believes that these ideas could be nurtured to their take off. They organize expos and also get members to competitions outside the campus creating a venue for them to showcase their talent to the industries. This has created the exposure of students tech abilities and some have been adopted and are in use for instance some apps developed by JLUG members‘shika mwizi’ project of Tech Expo 2010 a software project that enables one to monitor security in their homes via their mobile devices, click-a-house , linda-nchi , just mention a few.

At the SFD day